The Great Brain Secret is a step by step manual that features 24 brain training techniques suitable for those who want to boost overall brain function and/or prevent age-related memory loss. The book is designed by a former advertising executive that lives in Cambridge, Massachusetts named Walter Bailey.

Although the author doesn’t have any medical knowledge he decided to share these simple exercises that would help others fight against the irreversible cognitive decline most of use start to experience in the later years of life. Walter had suffered from such health problems himself while he was still an employee, and the fact that he chose to ignore his increasingly more severe memory lapses led him to lose his job and millions of dollars to his company.

After noticing that standard medication usually prescribed for his problem was not doing anything to improve his mental state, Walter began its own research. He started at his local library where he spent several months looking for a solution. It was there where he first read the story of an 103 year old veteran from Fresno, California who was famous in his town for nothing else than his mental agility. Walter didn’t hesitate and paid a visit to this man called Bertie Allen. Bertie revealed to him the 24 techniques now present in The Great Brain Secret, techniques which he had been using for decades to preserve his cognitive abilities.

The story behind these techniques is even more interesting. Before the Second World War broke out, Bertie was assigned to provide security for a top-secret research study. Bertie became curios and broke into the research facility, copying the techniques in a notebook. Short after that, the study was interrupted and its findings kept hidden due to their incredible efficiency in stimulating the brain and improving cognitive capacities.

To us story seems too incredible to be true, and looks more like one of the many conspiracy theories out there. Still it is quite an interesting story as the author tries to convince us that its book is based on scientifically proven data.

The Great Brain Secret contains the following ingredients: Not applicable.

Age related cognitive decline is a very concerning affection of the elderly. Alzheimer’s disease is considered the one of the century’s most devastating conditions. It is a neurological disorder characterized by the death of brain cells which further leads to memory loss and cognitive decline. It is a progressive and irreversible disease that finally leads to death.

This book features a total of 24 “exercises” that are easy to comprehend and follow, in the comfort of your own home. A day by day protocol should be followed for achieving maximum benefits. The protocol comes with an instruction guide and exercise worksheets that help users know what they have to do and when. The author offers 4 additional books to help consumers understand the causes of cognitive decline, master unique meditation techniques, or teach and influence other people’s behavior. These books are called: “Memory Killing Medicines”, “Meditation Mastery Guide”, “Brain Damaging Dangers”, and “The Mind Control Bible”.

Brain training is considered a very effective way to improve brain performance and even restore lost memory. They are numerous “programs” such as this, in video or audio formats or simple books such as this product. The important thing is to stick to the recommendations of the authors because brain training relies mostly on repetition. By repeating specific exercises with a certain frequency, the links between brain cells can be strengthened, and thus the brain performance is believed to increase in time.

The Great Brain Secret book has a very interesting story behind it. The author claims the book was created from his desire to share with others the secrets of regaining cognitive function after his own personal experience of dealing with severe memory loss. Unfortunately, this interesting story is not backed up by actual clinical evidence showing these specific techniques are effective, although the author states they were discovered and developed during a secret study in the late 30’s.

The bright side is that the book comes with a 60 days money-back guarantee, so if the methods provided here prove to be ineffective in a particular case, the client can ask for a refund. 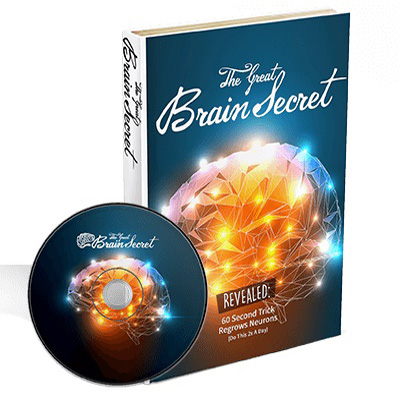 The Great Brain Secret or HCF?
Click Here to Find Out Menu wpDiscuz