Krill Oil is a relatively new product on the market, meant to act as an improved substitute for fish oil due to its supposed increased content in Omega 3. The product aims to improve blood circulation, mental and physical well-being and might also reduce cholesterol levels.

Because of its upcoming success, a large number of manufacturers have put their name on this product. Among them, Source Naturals, a company with 20 years’ experience in the natural supplement industry, that has won a series of awards and acknowledgements based on its products and due to its focus on quality.

This product is advertised as a supplement that can basically do no wrong: it helps combat cholesterol, reduces the intensity of menstrual cramps, pre-menstrual syndrome, fights arthritis, improves blood circulation, heart health and the overall mental condition of its consumers. However, please note that this is a relatively new product on the market, so not all of the effects have been proven and the amount of testimonials can be considered unsatisfactory by some.

Krill oil is extracted from a species of crustaceans that reside on the ocean floor. The harvesting of krill began a couple of years ago, and most of the effects of Krill Oil are still being researched.

The nutrients that make Krill oil so effective are the Omega 3 fatty acids, similar to those in fish oil, and astaxanthin, a potent antioxidant.

Omega 3 fatty acids have a wide array of known positive effects, being considered one of the “miracle substances” of our time. They improve blood circulation, mental health, help combat arthritis, help in cardiac arrhythmia, boost the immune system and have even been speculated to help fight cancer.

The full effects of Astaxanthin are still undergoing research, but due to its antioxidant properties it is thought to have beneficial effects in cardiovascular, neurodegenerative, immune and inflammatory conditions. As with Omega 3, this substance is also rumored to have anti-cancer properties.

The evidence of side-effects is considerably low for Krill Oil; that does not exclude the possibility of issues occurring, such as digestion problems or even blood clotting. It is therefore advised to read the label carefully and consulting with your physician before consumption. Caution is advised if suffering from allergy to shellfish.

3) Is Krill Oil Right for You?

The primary use of Krill Oil revolves around it supposedly combating cholesterol, reducing level considerably. Studies indicate the possibility this type of supplement to work without any side-effects. Its potency may also interest women because it is claimed it can help with arthritis and pre-menstrual syndrome. There seems to be no end to the list of things Krill Oil is good at. Unfortunately, there’s insufficient information to verify all of them. Few studies have been made in this sense.

The recommended dose of a Krill Oil supplement is going to depend on each user. Therefore it is critical to take a close look at the information found on the label of the product. There are side-effects to Krill Oil, especially if you’re allergic to seafood. Some may experience indigestion and the oil might interact with other medication, so talking to a doctor before use is the only way to go.

5) Precautions of Krill Oil Use

6) How Much Does Krill Oil Cost?

Krill Oil’s cost varies based on the brand, the number of capsules, and the quality of the ingredients. Consumers should always compare prices and the overall value before purchasing. You may find the product both at retailers and online.

The advised dose is 2 tablets each day for the first 30 days, then one tablet per day.

8) Our Verdict on Krill Oil

Krill Oil seems like an all-around positive experience for anyone that suffers from almost anything. However, there is no such thing as a miracle drug, and customers must keep in mind that not all of the product claims have been medically proven or backed up by sufficient testimonials.

While it is true that Omega 3 consumption has been proven to have the effects advertised by this product, the efficiency of Krill Oil as a whole has yet to be medically attested. Unfortunately, Source Natural’s website offers no testimonials regarding the actions of this supplement, although further research reveals that quite a number of people have tried Krill Oil and are satisfied with the results.

Before making a decision regarding purchase, we advise our readers to conduct their own research into the product and consult a doctor if they have any questions or concerns regarding the product.

With technology on the rise, there’s little doubt it will soon bleed into the brain supplementation market, and, for some, it already has. But not all brain supplements are created equal.
Featured

One of the Amino Acids [Blend] supplements we’ve come to trust the most is HCF® Happy, Calm & Focused. HCF provides users with a unique FQ formula [15+ pure & effective associated neuro-nutrients] which research shows the ingredients support focus, attention, mood, and energy. People are reporting excellent results based on customer reviews we’ve seen and there is no mention of harmful side effects.

Plus, BrainReference readers can try HCF® Happy, Calm & Focused as part of a free sample for a limited time – no strings attached. 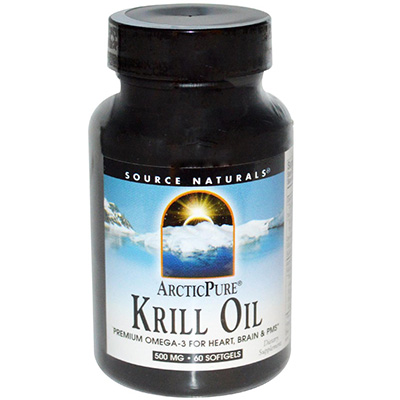 clear
Q:
What are the core ingredients in Krill Oil?
A:

Q:
Krill Oil is all about what?
A:

Krill Oil is extracted from ocean crustaceans. It contains high amounts of Omega 3 oil, but it is also believed to be a powerful antioxidant, due to the presence of Astaxanthin. Krill Oil is mostly used for reducing cholesterol levels in the human body. It is also claimed to help with arthritis and pre-menstrual syndrome, alongside many other health benefits. Krill Oil has become highly popular in recent years and is now available in a wide range of products, from various manufacturers.

There are so many counter and pro arguments about Krill Oil, but it depends on which claims these were pointed at. Granted, it does contain Omega 3 and Astaxanthin and these ingredients alone probably gave it enough momentum when it was first launched, because of their known benefits. The combination of all Krill Oil ingredients, however, may cause digestion problems and in some, even blood clotting. All medicine have counter indications, but Krill Oil is a product you can balance both the pros and cons and come to your conclusion.

Excellent product. My cholesterol was lowered within a month and I\’ve noticed my arthritis symptoms in my hands have lessened considerably. Will definitely take for the rest of my life!!

I began taking krill oil 7 months ago after my physician indicated my cholesterol was too high at 225. After 7 months, my total level is at 210 and my LDL has gone down considerably.