Solaray Sharp Mind represents a dietary supplement which was particularly designed to enhance cognitive functioning that includes concentration, memory and quick learning by reducing fatigue and stress. The business behind the creation and development of this supplement is called Solaray and it is viewed as one of the most popular manufacturers that activate in the nutritional field. Furthermore, this product should help individuals have a better nighttime sleep and wake up more energized and ready to face daily tasks.

The manufacturer was initially established in Brick, New Jersey, United States in the year 1973. Nowadays, their products are sold in more than sixty countries. Most of the products offered by the manufacturer are provided as easy to swallow capsules which facilitate a rapid disintegration of key ingredients and increased effectiveness as a consequence. The manufacturer states that each of their supplements is undergoing rigorous testing as well as screening protocols. Additionally, all manufacturer processes are constantly improved and up-to-date to offer the best quality of its containing ingredients.

Solaray Sharp Mind contains some of the well-known herbal extracts alongside certain amino-acids which were included with the purpose of speeding the product’s beneficial effects. Unfortunately, the information related to this supplement is quite limited and it seems to have been discontinued as there is no proof of its existence on the manufacturer’s official website.

As with the majority of supplements, women who are pregnant or lactating should consult a personal healthcare provider before following treatment with Solaray Sharp Mind.

Solaray Sharp Mind represents a product that was created with the purpose of enhancing cognitive functions such asinclude memory, concentration, attention span and ability to learn. Although it is destined for anyone that desires a boost in these areas, the lack of information suggests that the treatment shouldn’t be taken by people who suffer from serious health conditions or women who are pregnant or lactating without prior doctor consent.

The formula consists in a combination of amino acids and herbal extracts. Among the most common ingredients such as Ginkgo Biloba, Vinpocentine, Phosphatidylserine and Huperzine A, the supplement also features some less known herbal extracts such as Mucuna pruriens, Aesculus hippocastanum, Aescin and Cat’s Clow. Unfortunately, most of these herbs haven’t been properly researched, thus the main focus in this analysis will be on the supplement’s key ingredients. Ginkgo Biloba is believed to possess nootropic qualities and is generally included in products that target memory and concentration enhancement and a variety of anti-aging benefits. It works as an antioxidant preventing damage done in cells by free radicals, while also improving blood flow. Its applicability in therms of therapeutic effects include asthma, bronchitis, glaucoma, macular degeneration, diabetic neuropathy and many others, but for many research is in its primary stage.

Despite the fact that this herb is usually well tolerated, there have been some cases of bleeding. Because of this, the administration should be done according to the labels and if any type of side effect occurs (such as headache, gastro-intestinal problems, nausea, etc), the treatment should be immediately interrupted.

In order for any nutrient to exert its full mental benefits, it must be delivered intro the brain directly, across the blood brain barrier. Phosphatidylserine acts as a platform of delivery for many nutrients as studies show, hence this is a welcomed addition to the formula.

Solaray Sharp Mind represents a dietary supplement which should be administrated on a regular basis by people who want a natural alternative to prescription medication in order to maintain the proper functionality of the central nervous system.

However, the lack of information regarding this product is indeed a downside, particularly considering the fact that it was apparently discontinued and no info is offered on the manufacturer’s official webpage. The formula contains both ingredients that are usually used in this type of supplements such as Ginkgo Biloba as well as others that are relatively new on this market like Mucune pruriens. There may be some side-effects experienced throughout the treatment and people should immediately interrupt it if so. In all fairness, we do believe that this formula has certain prerequisites for effectiveness, nonetheless we recommend you do your research before starting treatment.

The main issue with synthetic ingredients is that you don’t always get what you pay for. In reality, synthetic ingredients are well known for their low absorption, poor bioavailability, and the fact that they drain the body’s reserves of other minerals and vitamins (e.g., cofactors) required for proper absorption of other nutrients.
read more
At BrainReference we recognize that dietary supplements can be the source of many allergic responses either due to cross-contamination with high-allergen compounds during the manufacturing process or because they incorporate ingredients obtained from high-risk allergenic foods (milk, eggs, or fish).
read more
Companies with less integrity will use dangerous fillers as a “grease or lube” to aid in easier and faster production. Artificial dyes and colors are used to make supplements more appealing to the eye. Coatings are added to make capsules easier to swallow. How do these fillers impact your body and health?
read more
Independent testing labs are not associated with the producing company, ingredients supplier, the company whose name appears on the product, or with the consumer. This means independent testing labs have no vested interest in the result of the testing and are less likely to “dry lab” or manipulate test results for self-serving reasons.
read more
Product rating (3 / 3) 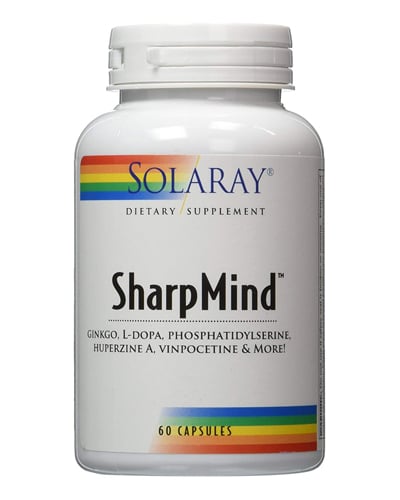