ReDormin (Ze1019) is a dietary supplement that features a combination of herbal extracts advertised as effective in relieving sleeplessness and insomnia. The formula is produced by an Australian manufacturer of nutritional supplements called Flordis Natural Medicines. The number of formulas developed and marketed by this supplier is relatively low (at the moment of this review there are approximately 10 such products available on the market. The advantage of some these supplements is that they are clinically shown in human trials to be effective in treating the conditions that they were created for

This is also the case of ReDormin, an herbal formulation marketed as clinically shown to improve sleep quality and decrease the time taken to get to sleep. No actual evidence is provided to support this fact. The formula is suitable for teenagers over 12 years old and adults, who suffer from sleeping problems, want to improve their sleeping patterns, regulate sleep patterns (jet lag, shift workers), and enjoy the benefits of an uninterrupted and less agitated sleep.

The supplement is advertised to feature a specific combination of two plants: Valerian and Hops that has been most commonly used in clinical trials and human studies until now. This is what makes the difference between this formula and products that contain the same active substances but in other concentrations and ratios. It is also an important indicator of the formula’s safety and potency.

ReDormin is a plant based dietary supplement.
One of its active ingredients is the Valerian plant, a popular natural remedy used for centuries to treat sleeping problems and anxiety related symptoms. The part used in the composition of dietary supplements is the root which is believed to be the one responsible for the plant’s sedative and anxiolytic effects. The extracts of these plant are believed to work by stimulating the GABA receptors (those who also respond to the action of the chief inhibitory neurotransmitter Gama Aminobutyric Acid), but clinical research regarding its specific effects on the overall health is still inconclusive.

The Valerian root is currently prescribed for numerous other health issues including migraines, PMS, abdominal cramps, rheumatic pain, etc. The main advantage is that Valerian is a non-addictive treatment, making it preferable for those who have suffered from addiction to prescription medication. The main disadvantages associated are the sedative effect (that may cause drowsiness and impair with one’s ability to operate machinery and drive) and a relatively high number of drug interactions (including alcohol).

Hops is another popular remedy recommended against sleeping problems. Humulus lupus, as it is known to the scientific community, has been used as a natural anti-anxiety remedy for hundreds of years. The plant is also an excellent antioxidant and anti-inflammatory product. It is recommended to alleviate PMS symptoms, prevent the formation of cancerous tumors, protect against infections (including in HIV patients), promote weight loss, and protect the cardiovascular system. Hop is considered likely safe for adults when consumed in moderate doses. Minor side effects have been reported in the form of stomach distress, vomiting, and diarrhea. Children and breastfeeding/nursing women are advised not to consume Hops based products except specifically recommended by a healthcare practitioner.

The suggested dose for ReDormin is 2 tablets daily before bedtime. The formula is recommended for adults and adolescents over 12 years old.

ReDormin formula is claimed as a unique supplement that stands out due to the specific combination clinically proven effective in improving sleep quality and relieving insomnia. The potency and safety of this supplement is also allegedly supported by the huge sales of the formula- over 300 million doses sold worldwide since 1996 when the formula was first released.

While the formula is claimed not to cause the drowsiness usually associated with consumption of Valerian based products, the manufacturer does not recommend its administration before driving a car or operating machinery. ReDormin is advertised to lack allergens like gluten and lactose. A list with the stores that commercialize this formulation is available on the official site.

Due to the insufficient and sometimes inconclusive research and scientific evidence, it is advisable to always consult a specialized practitioner before Starting the administration of such a formula.

I like the product it has helped me sleep. Taken 2 tablets for the past 3 night. Told it takes 2 weeks to normalise sleep patterns. I feel a bit moody though!

I take this only when I can’t sleep… and just 1 tablet causes me to sleep well but keeps me drowsy and ineffective for the rest of the day. I feel drugged… and i am a very busy person and feel incapacitated for a whole day… it’s a good relaxant but for ppl like me, who need to drive, it’s not good… unless I go for a holiday…

I’ve just used this last night and had only 1 tablet as an experiment and I was not only able to get to sleep quickly, but also slept like a baby. I woke up this morning extremely relaxed and without stress. However, I am not sure whether I should drive to work or not… Effective product.

I ditched my effective sleeping pill for Redormin. I have been taking it for 10 days and I do not see any change in the quality of my sleep. I take forever to fall asleep and get up several times at night. I doubled the dose once and I got some 5 hours of sleep. I also want to know if there are any side effects of overdosing and long term use of this product.

I had been struggling to sleep for three months due to a severe stress and anxiety. Tried so many herbal products to fall asleep because I am afraid to be addicted. Consulted and sleeping pills was recommended and I stopped them in a short period of time because did not want to be addicted. Tried ReDormin by drinking 2 last week but I did not fall asleep. The next day I drank 4 and I slept 4 hours and I decided to take six on the third day and I felt good because I slept for nearly six hours which… Read more »

I particularly enjoy this formula because it has a gradual effect and it really helps me sleep better. I also feel less anxious during the day, which makes me think that this is a complex and effective formula. Love it!

Since taking ReDormin I am able to get a full night rest (approximately 7 hours of continuous sleep), something that I have not been able to enjoy for several years now. I wake up completely rested and I have not experienced a single side effect so far. I will definitely purchase another month’s dose after I finish my first! 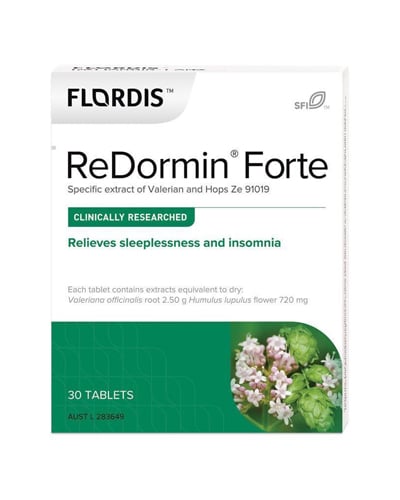 ReDormin Readers: learn why HCF Happy, Calm & Focused is currently one of finest supplements of 2020 in the Amino Acids [Blend] ingredient industry.