Oxy-Caps Oxygen Capsules is a dietary supplement featuring stabilized, bioavailable oxygen (Vitamin O) designed to provide additional oxygen so that cells can function at their optimum for increased health and vitality.

Oxygen is essential to cell level processes. It also has unique antiviral, antibacterial and antifungal properties. Factors such as mental or physical stress, illness, poor diet or lack of exercise increase the need of Oxygen. Oxy-Caps Oxygen Capsules are recommended to adults only.

Oxygen is essential to normal cellular function and energy creation, but is also beneficial in fighting fatigue, stress, poor physical resistance, concentration and alertness, endurance and aerobic capacity to name just a few benefits.
Most people can benefit from increased oxygen, from who live at high altitude where oxygen is thinner to people living in polluted environments, offices or work areas with poor air circulation. Also, smokers, athletes, seniors and people with special breathing needs can benefit from oxygen supplementation.

Oxygen Capsules are however a highly controversial product. One of the first supplements which made the claim of stabilized Oxygen supplementation (called “Vitamin O”) was fined by the US Federal Trade Commission in 2000 for false advertising and unsupported representations. Today, little scientific evidence exists to support the formula’s effectiveness.

Oxy-Caps Oxygen Capsules recommended taking 1 or 2 capsules three times daily on an empty stomach. No side effects or precautions are mentioned by the manufacturer, and a limited number consumer reviews is available online.

Oxy-Caps Oxygen Capsules features a form of stabilized Oxygen and is marketed as a dietary supplement with a wide spectrum of benefits. However, this type of supplement is controversial, as no scientific evidence really exists to prove the Oxygen in this form may actually benefit the body.

Also, there are many scientists who claim that manufacturers of stabilized Oxygen do not disclose how they obtain the formula arguing they are merely salted water and will ultimately have no effects. Consumer reviews for Oxy-Caps Oxygen Capsules however, even if limited, report that the formula works. Still it is impossible to draw a conclusion based only on a few testimonials.

All things considered, it is best you talk to a specialist before using the formula.

I am a 37 yr old mom of 3. I have attention, anxiety mood disorders, my 14 yr old son is very athletic and smart but can not focus at all. He is well behaved at school but cant focus to point its caused him to have to take special classes. He worries what others think of him and very good looking kid, clean,healthy,ect . I feel like him being in special classes makes him only worry what peers look at him as “dumby” He made b ball team at school and confidence went up and helped but if the… Read more »

Jaci, im glad you are trying to find a healthy way to boost Tysons attention span and spirits. Eating right and excercise is a big thing. I would steer clear of the narcotics, you know why :-( ..just make sure you are there for him to lean on. I hope you find the right treatment.You are in my prayers.

I am quite a smoker and my lung capacity is diminished. I used to have problems catching my breath after effort, that’s when I decided to try a formula that can help with my problems. When I saw that this product is said to help with air pollutants I purchased it and it really works. It’s not as when I didn’t smoke, but my lung capacity seems to be better and better.

My gym trainer suggested I should use a product like this in order to make my work outs more effective. After some research I arrived at this one and tried it, I can say that my work outs are now more intense. 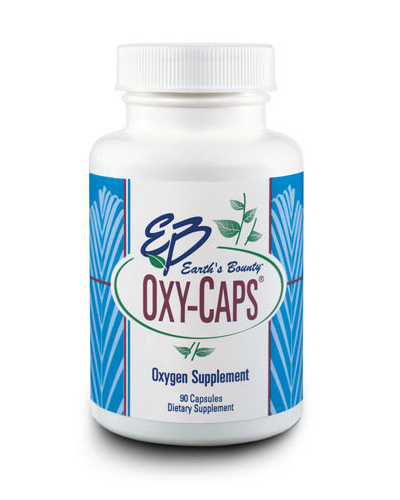