Omega Brain Performance is a nutritional supplement promoted as a proper support for a healthy brain function, but not limited to it. The manufacturer of this supplement is an experienced producer of dietary formulations called Rainbow Light. The company offers a large number of products designed to assist in numerous health issues (immune deficiencies, bone and digestive affections, brain related problems, men/women/children specific health needs and conditions, etc.)

This formula is advertised as based on pure and sustainable harvested fish oil from wild-caught fish species from Peru, which is described as the world’s number one sustainable fishery ecosystem. Small species of fish also seem to be more sustainable than larger ones, which is another good thing about using such a formula. The manufacturer claims to have tested and proven that the fish sources used are free of heavy metals, dioxins and PCBs.

Omega Brain Performance is promoted as suitable for everyone who is searching for an effective cognitive support. Omega Brain Performance ingredients include nutrients like Huperzine A, Phosphatidylserine, and Ginkgo leaf extract for stronger effects on the overall brain function, memory, and vision. The formula is also advertised as free of harmful substances (Hexane, artificial colors, preservatives, and other additives) and traces of substances with a high risk of causing allergic reactions (such as gluten, lactose, wheat, or yeast).

Omega-3 fatty acids have been promoted as some of the most important nutrients that must be provided through proper daily diet or by adequate supplementation. Both essential fatty acids EPA and DHA have been investigated as potential treatments for a large variety of health issues that affect humans. EPA was shown to be most beneficial for the circulatory system and provide important support for maintaining healthy cholesterol levels (by lowering triglycerides). Increased cholesterol is linked to numerous affections of the heart, including coronary heart disease, one of the most common heart conditions of modern men and women. DHA’s benefits focus mainly on the brain and eyes, as this nutrient can be found in high concentrations in the brain and retina. The benefits of DHA starting with fetal development are widely marketed nowadays and have determined producers of cereals and baby formulations to create DHA enriched products for extra-support of the baby’s healthy brain development.

Huperzine A is a plant extract of the Chinese club moss plant, considered a very pure ingredient due to its complex and long extraction process. This plant has been traditionally used in the ailment of cognitive dysfunction and to maintain a healthy memory function. Modern research has tried to scientifically prove the memory boosting benefits of Huperzine A, and included the extract in various clinical trials, including in those involving Alzheimer’s patients. Although some positive results have been recorded, there is not yet sufficient evidence to support the claim that this may be an effective remedy or treatment against cognitive decline or dementia.
However, short term use of Huperzine A is considered likely safe and has been reported to provide memory supporting benefits. The common side effects usually experienced are reduced in severity and may include: loss of appetite, vomiting, nausea, and blurred vision.
Omega Brain Performance side effects are not indicated by the manufacturer. A complete list with such effect may be provided by the healthcare practitioner. The suggested dose for this supplement is 2-4 softgels daily.

Omega Brain Performance is a formulation based on several popular ingredients of brain enhancing supplements including Omega-3 fatty acids, and several other substances researched for such benefits. The official page of the formula provides sufficient information about the source of the raw materials, featured substances, packaging, encapsulation form, ingredients, and benefits. There seems to be no indication of any drug interaction or side effect associated with the use of this formula. This does not however mean that such unwanted reactions do not occur. The consumer must keep in mind that each active ingredient has its own warnings, and should refrain from mixing this formula with any other medication unless the healthcare practitioner has approved it.

The main issue with synthetic ingredients is that you don’t always get what you pay for. In reality, synthetic ingredients are well known for their low absorption, poor bioavailability, and the fact that they drain the body’s reserves of other minerals and vitamins (e.g., cofactors) required for proper absorption of other nutrients.
read more
At BrainReference we recognize that dietary supplements can be the source of many allergic responses either due to cross-contamination with high-allergen compounds during the manufacturing process or because they incorporate ingredients obtained from high-risk allergenic foods (milk, eggs, or fish).
read more
Companies with less integrity will use dangerous fillers as a “grease or lube” to aid in easier and faster production. Artificial dyes and colors are used to make supplements more appealing to the eye. Coatings are added to make capsules easier to swallow. How do these fillers impact your body and health?
read more
Independent testing labs are not associated with the producing company, ingredients supplier, the company whose name appears on the product, or with the consumer. This means independent testing labs have no vested interest in the result of the testing and are less likely to “dry lab” or manipulate test results for self-serving reasons.
read more
Product rating (5 / 2)

Omega Brain Performance has helped me regain my mental clarity and be more positive in general. Before starting to use this formula I was having trouble concentrating, I was suffering from a mild depression, and I could hardly remember any new information I tried to learn. Now I can keep up with all the things I have to do and learn daily and because of this I have regained the confidence in myself. I love this product and I sincerely recommend it to all those who feel like their memory is not working properly. This is a very good brain… Read more »

This is a very good Omega-3 supply. It has given me the extra boost I needed in my daily life and helped me to achieve a better mental performance. My performance has increased and I can think more clearly and faster than before. And I owe it all to Omega Brain Performance! 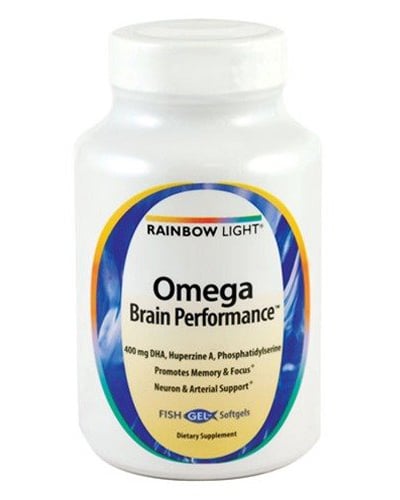