Omega-3 Fish Oil features Omega-3 fatty acids EPA and DHA and aims to maintain a general good health, while also advertising a number of specific benefits. The formula manufactured by the experienced Australian company Golden Glow will particularly benefit the heart (by supporting a healthy cardiovascular system), the brain (by promoting a positive mood and emotional balance, and supporting mental ability during aging) and joint health (by increasing joint mobility and reducing joint inflammation and swelling associated with arthritis).

Golden Glow is a manufacturer of dietary supplements founded 35 years ago in Australia. The company offers a variety of vitamins, minerals, herbal formulas, and beauty, skin and care products which are distributed worldwide.

According to the manufacturer, Omega-3 Fish Oil is naturally sourced from ocean fresh wild fish, and is tested for heavy metals (including mercury) and pesticides.

Omega-3 Fish Oil is a combination of two of the most important Omega-3 fatty acids, respectively EPA and DHA. Omega-3s EPA and DHA are essential fatty acids. They are called essential because they are not produced by the body, but instead have to be supplied by a balanced Omega-3 rich diet or through dietary supplementation. Omega-3 sources include fish (tuna, salmon, herring, etc.) and certain types of algae. Most of the brain is made of fatty acids, and most of these brain composing fatty acids are Omega-3’s. Therefore, they are essential to normal brain function.

One of the most important properties of EPA and DHA are their blood thinning properties. This way it promotes a healthy cardiovascular system and may contribute to reducing the risk of heart attacks, stoke or coronary artery disease. Their brain enhancing abilities are also extremely popular. Studies have shown that Omega-3 rich diets may favor increased learning ability, focus, memory, and a good communication between cells. Other studies show EPA and DHA help promote a positive mood and emotional balance, whereas there seems to be evidence, although inconclusive at this point, that Omega-3s may alleviate symptoms of depression. Additionally, it may help people maintain mental health as they age and can help prevent and even alleviate symptoms of ADHD, memory loss or Alzheimer’s disease. Omega3’s however may interact with blood thinning medication and cause excess bleeding; hence caution is advised for certain categories of patients. Side effects may include loose stools, nausea or fishy taste and breath.

Omega-3 Fish Oil 1000mg is claimed to support the cardiovascular system while offering anti-inflammatory effects. This formula is based on the real properties of the omega-3 fatty acids: EPA and DHA.

There are three forms of omega-3 fatty acids: EPA, DHA, and ALA (only found in plants). EPA and DHA are commonly found in fish and other forms of sea life. These lipids are essential for the proper functioning of the body even though they can only be obtained from the diet. Supplementation with fatty acids may be advised for some people, in particular for those individuals with an unhealthy diet and lifestyle.

Omega-3 fatty acids are very popular and are appreciated for their health-sustaining qualities. They are mostly used in dietary supplements to offer nutritional support to the cardiovascular system. Fatty acids promote healthy cholesterol levels while preventing numerous cardiovascular diseases such as heart attacks, strokes or lower limb arteritis. Preliminary evidence suggests that controlled intake of these lipids can promote fat loss. Deficiencies of these substances can lead to a general feeling of weakness, fatigue, depression, heart problems and mood disorders.

Testimonials about Omega-3 Fish Oil 1000mg are posted online. What is being stated includes:

Omega-3 Fish Oil 1000mg is sold in containers of different sizes. The smaller bottle contains 200 soft gel capsules while, the bigger one contains 400. Both products have great value for money.

Golden Glow sells this product directly via their website. They offer a 30 days money-back guarantee for unsatisfied customers. It can also be acquired from numerous other retailers, both online and offline. The price usually varies between them.

The recommended daily dosage is determined by the purpose for which the formula is used. Hence, for general well-being 1-2 capsules daily are recommended, for heart and brain health the daily dose is 3 capsules, whereas if taken for joint health, 5 capsules daily should suffice. No side effects or precautions are mentioned by the manufacturer.

Over the three past decades Omega-3, Omega-6 and Omega-9 have received increased attention from the science world, hence numerous health benefits ranging from joint mobility to regulating emotional balance have been investigated. Scientific proof of their effectiveness is available today as numerous clinical trials and research stand to demonstrate. While Omega-3 Fish Oil is very likely to work and achieve the benefits promised, it is always best to consult a healthcare provider prior to deciding to use any dietary supplement. Especially since Omega-3 usage has sometimes been associated to certain side effects and potential drug interactions which may harm you under certain conditions.

Whole-body health and wellness start with the brain. Take a look at your eating habits, sleep patterns, exercise routine, these all play a significant role in your health. It's also helpful to look at brain products that help with focus so you can achieve your health goals.
Featured

One of the best Fatty Acids [Blend] supplements we've come across in years is HCF® Happy, Calm & Focused. Without a doubt, HCF offers more than any other supplement we've reviewed.

Plus, we love that they offer ALL BrainReference readers access to a free sample for a limited time. 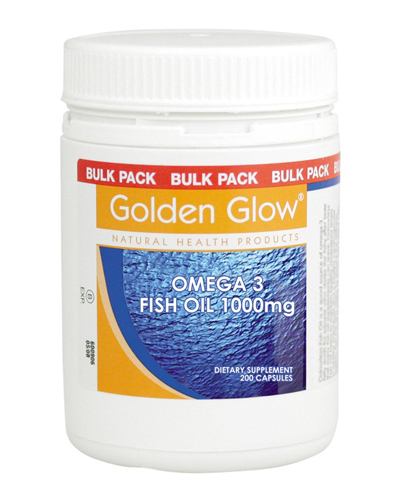 The positive qualities of the Omega-3 fatty acids are well known. They can support the cardiovascular system, improve overall cognition and reduce joint pain associated with arthritis. As they cannot be produced inside our bodies, supplementation may be advised for some people. Omega-3 Fish Oil 1000mg seems like a good choice. It is cheap; it has great value, and according to the testimonials posted online, it is also effective. Nevertheless, we advise our readers to investigate the formula further before making a purchase and compare it to similar products.