Ginkgo 7500 Complex is marketed as a high-potency formula containing 7500 mg of Ginkgo, and other herbal ingredients and amino acids designed to help memory, concentration, and circulation. Specifically, the formula is said to help retain normal memory, concentration, cognitive function and mental alertness, help cope with mental fatigue symptoms, and aid with maintaining good blood flow to body extremities and the brain.

The manufacturer is the Australian company, Nature’s Own. They offer a full range of natural solutions for every stage of life and a variety of health conditions, from multivitamins to digestive balance products.

The company was founded more than 40 years ago and manufactures most of its products in Australia. The company also offers a toll-free number to connect directly to their team of expert naturopaths who can offer customer support.

Ginkgo 7500 Complex is an herbal and amino-acid blend. Although the core ingredient is Ginkgo, the formula also features additional cognitive and brain function enhancing herbs such as Gotu Kola, Ginseng and Hawthorne.

Ginkgo 7500 Complex contains the equivalent of 7500 mg Ginkgo Biloba leaves and is standardized to a contain 40 mg of flavonoglycosides. Ginkgo Biloba is commonly used for its powerful anti-oxidant properties and for circulation enhancement.

Ginkgo has been shown to improve both brain circulation as well as peripheral circulation, making it an excellent remedy for improving symptoms of clogged arteries, such as claudication. There is preliminary research showing small improvements in memory and other brain functions in patients with age associated memory impairment diseases (such as Alzheimer’s and dementia), however further research is needed. Regarding its ability to elevate mood and to improve memory in healthy people, results of tests so far are inconclusive. Side effects are rare and include headache and dizziness.

Tyrosine is an amino acid found in meats, dairy products, fish, eggs, nuts, beans, oats and wheat. It is involved in the synthesis of dopamine, a neurotransmitter responsible for behavior and cognition, reward and punishment systems, sleep, mood, working memory, attention and learning. Tyrosine seems to be safe in dosages up to 150 mg/kg per day for maximum 3 months. Side effects include fatigue, heartburn, joint pain, nausea and headache.

Ginkgo 7500 Complex consumer reviews are rare; however most of them validate the formula’s effectiveness. As a downside, consumers mention the slightly elevated price. The recommended dosage is 1 tablet daily. No side effects, precautions or other warnings are mentioned by the manufacturer.

Ginkgo 7500 Complex is designed to promote memory, concentration, and healthy blood circulation, benefits commonly claimed by the Ginkgo Biloba extract. The formula is also enriched with more herbal ingredients which contribute to its neuro-protective and cognitive, performance-enhancing properties.

And even though the manufacturer mentions no side effects or potential drug interactions for the formula itself, you should know that the ingredients have had side effect and (some) are known to interact with certain types of drugs. Consumer testimonials however, even if in a small number, confirm the formula’s effectiveness and make no reference to side effects.

Still, as always, we advise caution and recommend you see a healthcare provider prior to deciding to start using the product.

what are its side effects, I am 65yrs old and experiencing back pain after a months usage
regards 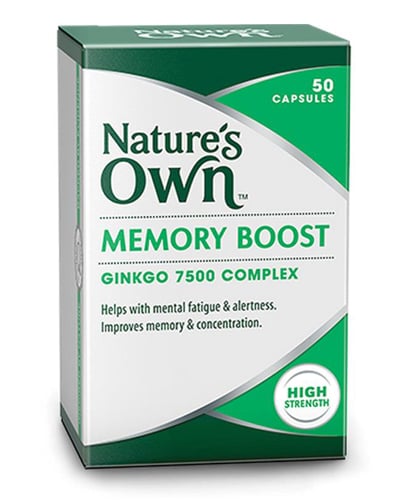 Ginkgo 7500 Complex Readers: learn why HCF Happy, Calm & Focused is currently one of finest supplements of 2020 in the Amino Acids [Blend] ingredient industry.