Future Star is advertised as a drink mix for children designed to promote circulation, increased concentration and to improve children’s natural ability to learn. Additionally, the formula offered by Symmetry, is claimed to provide antioxidants which support and strengthen the immune system. Future Star also supports optimal brain development through the content of phospholipids. The manufacturing company was set up in Texas, United States in 1995. Today, Symmetry has offices in more than 10 countries and is committed to developing high-quality products that will transform the lives of their customers. The company prides on being a member of the Chamber of Commerce, Direct Selling Education Foundation, Better Business Bureau and other business related organizations.

Future Star is naturally sweetened with Stevia extract, which the manufacturer claims to be FDA approved. Information on the FDA website however contradicts this information.

Future Star is a combination of vitamins, minerals, herbal extracts, lipids and other nutrients. The formula contains the essential fatty acids Phosphatidylserine and Phosphatidylcholine. Research on Phosphatidylserine (PS) has revealed neuro-protective benefits. Evidence shows that Phosphatidylserine may improve mental function (such as memory and attention), may be beneficial against dementia symptoms and other cognitive impairments such as Alzheimer’s disease. Phosphatidylserine seems to be involved in the synthesis of two key neurotransmitters: Acetylcholine and Dopamine. Dopamine regulates reward-driven learning, cognition, attention, sleep and mood. Rarely, PS can cause insomnia and upset stomach.

Future Star also contains essential minerals such as Calcium, Zinc and Magnesium. Calcium is essential to bone strength and teeth, while also helping promote healthy nerve transmission and muscular function. Magnesium is important to help production of energy from glucose. It also helps synthesize more than 300 enzymes many of which are essential to cerebral metabolism and cognitive function. Zinc maintains a strong immune system and has antioxidant effect. It contributes to the removal of toxins from the brain and hence prevents cognitive impairment such as Alzheimer’s disease. Evidence also shows that Zinc may have a beneficial effect in managing ADHD symptoms.

Future Star consumer reviews are available exclusively on the manufacturer’s website. These should be treated with caution since they can represent a marketing tool rather than fairly assessing the effectiveness of the formula. The recommended daily dosage is one scoop per day.

Future Star features a large number of vitamins, minerals and other nutrients essential for normal growth and development. The formula is designed to meet children’s special needs and to enhance their natural ability to learn in particular. Although there are no consumer testimonials available on the formula, other than a few on the manufacturer’s website, the main ingredients have been extensively researched and have been used to promote mental health. The formula is likely to work and deliver on the benefit claims, however you should be aware that there are potential side effects associated to some of the ingredients. All in all, we recommend that a vitamin supplement is always taken at the recommendation of a healthcare professional. 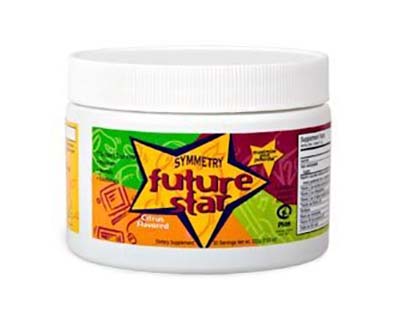