Formula For Joints is a dietary supplement advertised to assist with the management of osteoarthritis, particularly reduce associated joint inflammation and pain. The formula manufactured by Golden Glow is based on the therapeutic properties of two naturally occurring substances, particularly Glucosamine and Chondroitin. These are cartilage components which play essential roles in the well-functioning of joints. The manufacturer offers limited details regarding the formula’s mechanism of action and brings no actual evidence to support the formula’s benefits claims.

Golden Glow is the formula behind this dietary supplement. This is an Australian-based company founded in 1976. For more than 35 years, the company has been manufacturing and delivering healthcare products (dietary supplements, personal and home care products) all over the world. According to company officials, more than 6 million orders were delivered since its establishment. The company has a good track record. Customers speak well of Golden Glow–mainly because the company has very strong customer orientation policies, including the 30-day money-back guarantee for its entire product range. Also, customers and prospects have access, free of charge, to a team of naturopaths (professionals in natural healing methods).

The formula contains Glucosamine, which is derived from seafood. People with an allergy to seafood are advised caution. Formula For Joints is recommended to adults only.

Formula For Joints features a combination of Glucosamine and Chondroitin. According to the manufacturer, the supplement does not contain yeast, gluten, lactose, starch, sugar, artificial flavors, sweeteners, colors, artificial preservatives, or dairy products.

Glucosamine and Chondroitin are usually used together in products promoting joint support. They have been widely advertised as a treatment for Osteoarthritis, a degenerative disease of the joints. These two substances are naturally found in cartilage with different roles. Glucosamine is the building block of cartilage and presumed to help with cartilage formation and repair, while Chondroitin belongs to the class of carbohydrates and is believed to support water retention and elasticity in the cartilage (lubrication) and to prevent break down of cartilage. Chondroitin has been shown in several in vitro studies to increase the viscosity degree of the synovial liquid, which lubricates joints. These experimental studies concluded that both the severity and the number of arthritis symptoms decreased after chondroitin was administrated.

Glucosamine also plays an essential role in cartilage structure and function. It has been touted for benefits such as inflammation reduction, knee and hip pain reduction, swelling and stiffness diminishing, and osteoarthritis among others. Its pharmacological action has been widely debated, with many supporting the theory that it actually has no effect on Osteoarthritis. Glucosamine has not been associated to any side effects.

The recommended dose of Formula For Joints is two tablets daily with food.

Estimates indicate that approximately 21 million adults in the United States currently live with a form of osteoarthritis. This is one of the most common types of arthritis and is a degenerative joint disease caused by the breakdown of cartilage. Joint health and support becomes increasingly important, in order to avoid a condition which usually appears later in life. Formula For Joints contains two of the most popular remedies for this condition, Glucosamine and Chondroitin. Although their efficacy in managing osteoarthritis symptoms is not clear, there are numerous formulas on the marketing featuring one or both these ingredients. Please be aware that a treatment should come only after a clear medical diagnosis of the disease.

The main issue with synthetic ingredients is that you don’t always get what you pay for. In reality, synthetic ingredients are well known for their low absorption, poor bioavailability, and the fact that they drain the body’s reserves of other minerals and vitamins (e.g., cofactors) required for proper absorption of other nutrients.
read more
At BrainReference we recognize that dietary supplements can be the source of many allergic responses either due to cross-contamination with high-allergen compounds during the manufacturing process or because they incorporate ingredients obtained from high-risk allergenic foods (milk, eggs, or fish).
read more
Companies with less integrity will use dangerous fillers as a “grease or lube” to aid in easier and faster production. Artificial dyes and colors are used to make supplements more appealing to the eye. Coatings are added to make capsules easier to swallow. How do these fillers impact your body and health?
read more
Independent testing labs are not associated with the producing company, ingredients supplier, the company whose name appears on the product, or with the consumer. This means independent testing labs have no vested interest in the result of the testing and are less likely to “dry lab” or manipulate test results for self-serving reasons.
read more
Product rating (3 / 2)

My nutritionist recommended me taking something for the joints, because I’m such a big sports fan. I participate in all kinds of sports competition and I sometimes suffer the consequences. With Formula For Joints I’ve had less swollen ankles and painful knees.

I suffer from serious back pains, and someone recommended me to use this product. I noticed no improvements and had to switch to stronger medication to manage the pain. 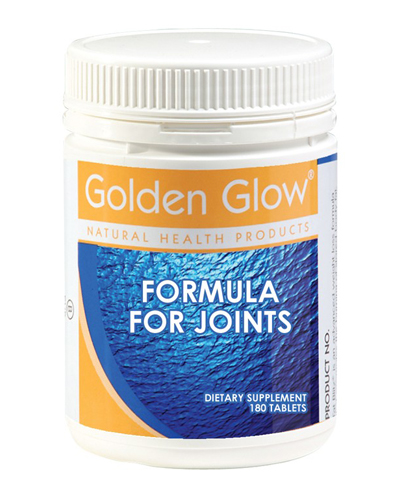 Formula For Joints or HCF?
Click Here to Find Out Menu wpDiscuz