ExcitaPlus is an over-the-counter formula offered as a support for achieving and maintaining healthy energy levels, mood, concentration, and motivation. This is one of the many nutritional supplements offered by NeuroScience, a manufacturer that unfortunately doesn’t seem to have an official web page. From our point of view, this is a major disadvantage because we cannot access any official information about the company’s background or manufacturing technologies, ingredients, compliance with current quality standards, etc. This is all essential information necessary to assess the company and its line of products. We could also not find any information about the reputation of this company among its consumers or partners.

ExcitaPlus is advertised to act by supporting the synthesis of Catecholamines, water-soluble compounds involved in several important processes throughout the body. The most abundant substances from this class of compounds are Norepinephrine, Epinephrine (Adrenaline), and Dopamine. These chemicals result from processing tyrosine and phenylalanine, two amino-acids naturally produced by the human body or ingested directly from dietary sources and supplement foods. ExcitaPlus is advertised as being free of allergens, artificial flavors, and colorings. It is also claimed to be produced in a GMP-registered facility, information that cannot be confirmed.
ExcitaPlus may be suitable for people who want to improve their cognitive abilities and reduce fatigue sensation that affects their daily performance.

Vitamin C, one of the key ingredients of this formula, is one of the essential nutrients for human health, needed for several important processes that take place throughout the body. The substance is an important antioxidant, known to effectively reduce free radical damage and oxidative stress. One of its roles is in Catecholamine synthesis by being a cofactor in the conversion of Dopamine to Norepinephrine. Norepinephrine acts both as a hormone and a neurotransmitter. As a neurotransmitter, the chemical affects the functioning of the sympathetic nervous system. Proper levels of Norepinephrine have been associated with increased ability to concentrate, enhanced attention, energy and oxygen levels, and increased heart rate. This is also a fight or flight hormone, meaning that it is one of the chemicals released when the body is under stress and needs to fight against the exterior stimuli and restore its natural balance. Vitamin C has been associated with the following side effects: indigestion, nausea, headache, fatigue, sleeping problems, and diarrhea, particularly when taken in excess doses.

B vitamins are common ingredients within supplements prescribed against stress. Vitamin B3 or Niacin is indirectly involved in the synthesis of Serotonin, a mood neurotransmitter that also regulates sleeping patterns and controls appetite. Niacin is synthesized with the use of vitamin B6 and Tryptophan. Tryptophan is also the main substance in the synthesis of Serotonin. However, if the body is deficient in both Serotonin and vitamin B3, it will first try to balance the Niacin levels. This means that the deficiency in Serotonin remains, resulting in mood disorders, depression, insomnia, etc.

The suggested dosage for ExcitaPlus is 1-3 capsules one two times daily.

ExcitaPlus is an anti-stress formula advertised to work effectively by regulating the production of essential neurotransmitters credited for the body’s response to stress, mood, sleep, and energy levels. The product features a moderate number of key ingredients that have been linked to the proper functioning of the nervous system as well of many other systems and organs of the human body.

Although the supplement is not the subject of a clinical study, the ingredients are researched compounds with known mechanism of actions and shown to be essential for a balanced cognitive function and for the overall health. The formula includes potent amounts of substances (vitamins and minerals) and a proprietary blend based on essential amino-acids that could prove to be effective in providing an adequate Catecholamine support.

ExcitaPlus is not recommended for pregnant and nursing women without the prior consent of a healthcare practitioner. The fact is that this is an unapproved product which makes it highly recommended for all individuals to consult a specialized physician before starting a treatment with this formula. 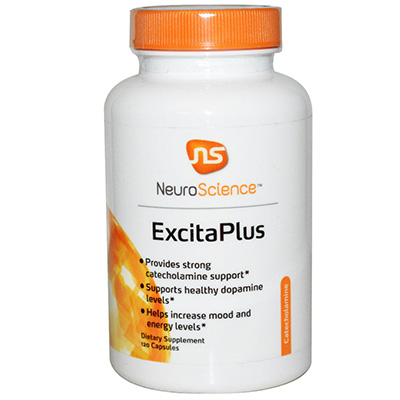 ExcitaPlus or HCF?
Click Here to Find Out Menu wpDiscuz