Is Divalproex Sodium or Depakote Right For You?

Divalproex Sodium (Depakote) is advertised as a powerful form of prescription medication that can help reduce the symptoms related to manic depression and bipolar disorder. The company behind this product is Abbott Laboratories. They have been in business for more than 120 years, and currently, they are located in Illinois, United States.

Several names offer this particular form of medication. Divalproex Sodium and Depakote are the most common names for the American consumer. The drug is also available in the UK and Canada but under different names and manufactured by various pharmaceutical companies.

This is a form of prescription medication. It is strongly advised only to take it when it has been prescribed for you and not for someone else. Doctors may offer free samples of this medication to see how a patient will react to it.

Ingredients of Divalproex Sodium or Depakote

Effectiveness of Divalproex Sodium or Depakote

Divalproex Sodium (Depakote) is advertised as an antidepressant claimed to work by controlling the amount of electricity the brain can produce. However, the brain is without any doubt the most complex organ in the human body. While the manufacturer claims this is a very effective form of medication, it is impossible for us to support these claims without any concrete pieces of evidence. The complexity of the brain makes it hard to determinate how a drug will affect the chemical composition. In conclusion, the same medication may affect people very differently. The manufacturer fails to provide the necessary evidence that final and comprehensive clinical trials have been conducted to prove this drug’s Effectiveness.

Divalproex Sodium is commonly prescribed to reduce the symptoms associated with maniac depression and bipolar disorder. However, the drug may be effective in treating chronic pain, migraines, and epilepsy as well.

The recommended daily dose of this medication may vary from one patient to another. The treatment will start with a low dose, and if necessary, the dose will be gradually increased.

Divalproex Sodium is not recommended for women who are pregnant or nursing. It has been noted that the risk of congenital disabilities is up to five times higher when this drug is taken.

Just like with all the prescription medication, this medication has been associated with numerous side effects: loss of coordination, dizziness, vomiting, loss of appetite, and changes in urine color.

Many health insurance and prescription plan programs do cover this particular medication. There can be co-pays and deductibles that apply depending on the specific coverage that you have.

Does Divalproex Sodium or Depakote Work?

In the end, a doctor is the only one who can recommend or prescribe this form of medication. Even if a patient likes it and wants to use the medication, it would be impossible without a doctor’s written permission.

Divalproex Sodium may be effective for those who suffer from manic depression and bipolar disorder. However, please note that this product is a prescription drug and, just like with all prescription drugs, it has been associated with numerous side effects. We recommend our readers to research all the possible options before starting treatment with Divalproex Sodium. 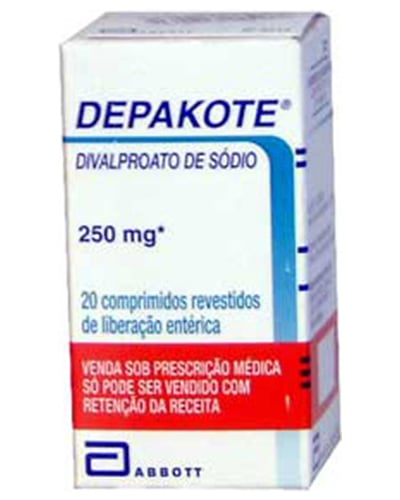 Divalproex Sodium or Depakote or HCF?
Click Here to Find Out Menu wpDiscuz