All One Calcium Complex Review

All One Calcium Complex is advertised as a dietary supplement which was specifically created to aid in calcium absorbency in the human body, thus ensuring a restful sleep. It is, in fact, a natural and non-addictive approach delivers proper quantities of this mineral on a everyday basis, particularly for individuals that suffer from certain deficiencies.

The company behind this remedy is called All One. Among its particular features is the fact that it is a part of “Certified Vegan” nutritional powders. They have been a member on the nutritional market for more than forty years in which a series of products based on vitamins, minerals or herbal extracts for various problems of people that lead stressful or unhealthy lives were created by them. Moreover, they also have a blog in which explain potential conditions which can be developed when the health rules aren’t followed as well as ways of trying to come back on the right track.

All One Calcium Complex is based on a mixture between magnesium and calcium in order to achieve an optimal absorption in organism due to the fact that these minerals facilitate it in each other’s presence. It can be taken by anyone who wants an enhancement of the nervous, muscular, and skeletal systems and has few shots of getting those minerals from eating.

All One Calcium Complex Ingredients

Seeking to deliver daily suggested amounts of its two ingredients, magnesium, and calcium, All One Calcium Complex is a remedy created to help people that either suffer from certain muscular or skeletal issues or have deficiencies of any of those two components. Its main ingredient is represented by a mineral that is an essential part of bones, nerves, teeth, blood clotting systems, as well as the heart.

Research revealed that this component may be helpful for preventing conditions which are a result of deficiencies, like osteomalacia, osteoporosis, or rickets. Moreover, some women utilize it because it lowers premenstrual pains, helps with high blood pressure in women who are pregnant, relieves leg cramps, and minimizes risks of colon and rectal cancer. The citrate form is the viewed as one of the easily absorbable and efficient types in which calcium is found.

Keeping in mind that levels in which this ingredient is found in the body usually declines with age, the product is specifically recommended for elders since they can’t properly absorb it from foods.

Even though it is viewed as safe when the dosages are within the recommendations of one tablespoon per day, there are some side-effects that appear, such as gas or belching. These side effects of All One Calcium Complex should only occur when the suggested dosages are exceeded.

All One Calcium Complex is recommended mainly for elders or people that suffer from deficiencies and was created as a dietary supplement that facilitates the absorbance of an essential mineral by the human body. It helps with immune, nervous, muscular and skeletal systems since it is found in high quantities in those. Even though there are only minor side effects pointed out by the people who took it, individuals are advised to be careful not to exceed the daily suggested amounts in order to avoid potential complications. This product should be treated as an addition to a normal diet, a regular exercising program, and a proper sleep schedule. 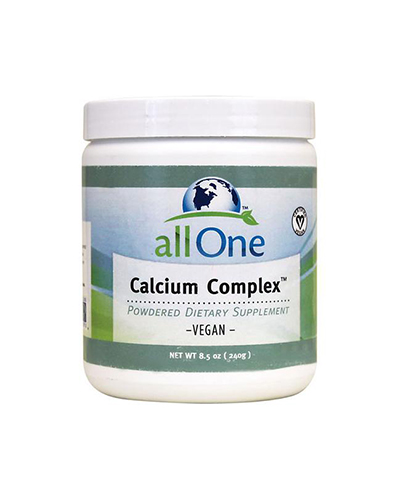 All One Calcium Complex or HCF?
Click Here to Find Out Menu wpDiscuz